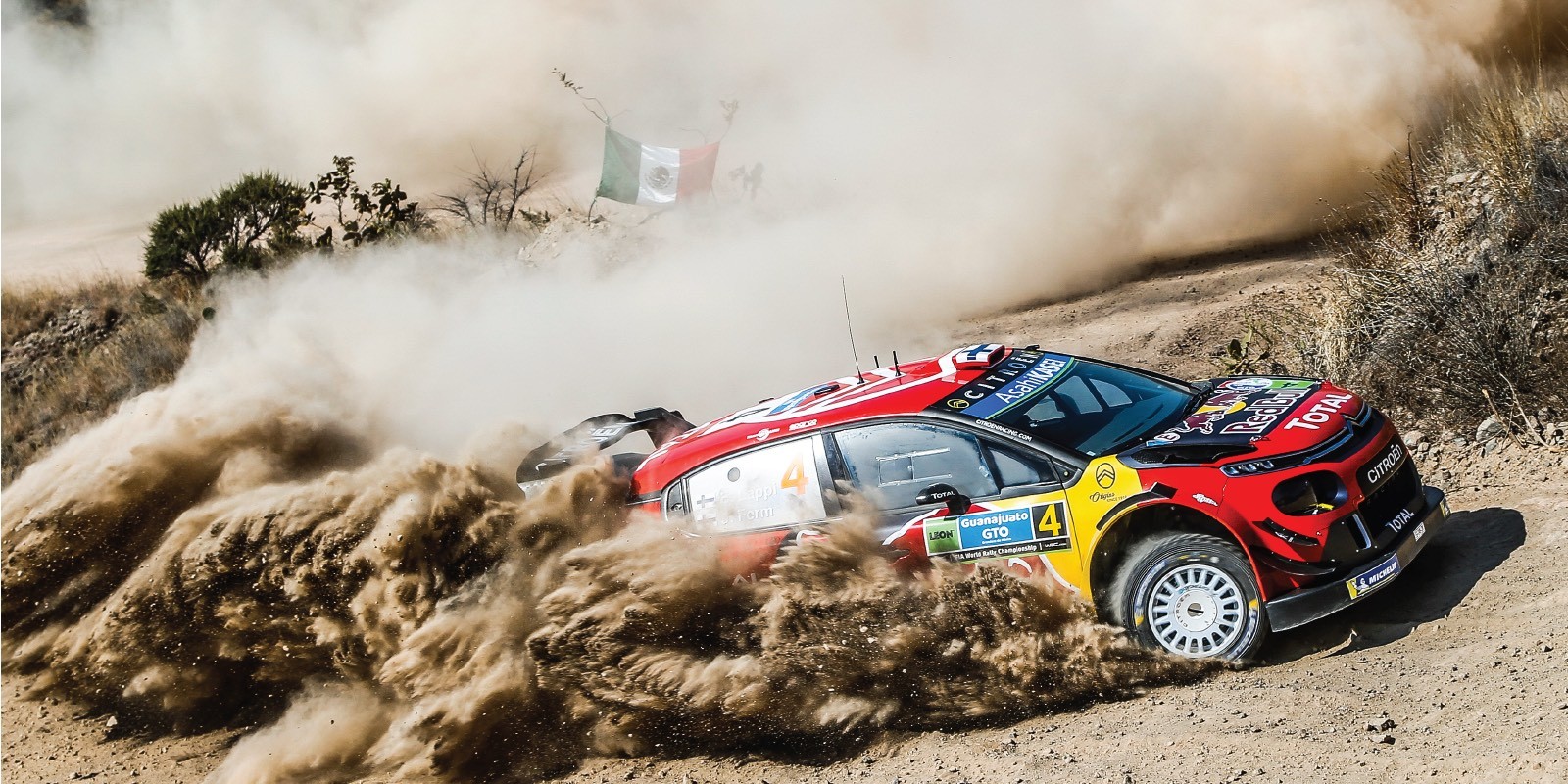 The World Rally Championship is a speed and resistance competition that is held in 14 countries (2020) over four days per round.

Unlike other disciplines, it does not take place in a racetrack, but on the roads that surround the host city. Depending on the country, roads can be asphalt, dirt or even snow and ice. The rally cars are manned by driver and co-driver.

Created in 1973, WRC is considered one of the hardest motorsports championships in the world.

Each of the fourteen rallies of the championship is divided in sections known as Special Stages, that run on roads closed to the traffic. Competitors start one by one every two or three minutes and try to complete the stage in the shortest time possible. From one special stage to another, competitors drive on normal roads called road sections, following the traffic rules of the country. Time for road sections is limited; exceeding this time will result in time penalties.

Most of the rallies follow the same itinerary: two days for recces (reconnaissance of the stages) on Tuesday and Wednesday. On Thursday morning, the Shakedown takes place; this stage is set for the teams final tune up of the cars on local grounds.

Race starts on Thursday night and finishes on Sunday.

Twice a day, rally cars come back to the Service Park (Rally Campus), where the teams’ mechanics are allowed to fix cars in a specific given time. When rally cars are outside the scheduled hours in Service Park, only driver and co driver can fix their car with the tools that they carry on board.

There’s plenty of rules in rally sport, you will understand them better once you’re there.

Montecarlo, Sweden and Mexico are confirmed for the first trimester